Louis Oosthuizen, co-designer of the dramatic new La Réserve Golf Links, won the The Open Championship at St Andrews, in 2010. As golf’s original major returns to the historic Home of Golf for its 150th edition, Louis reflects on his historic victory on the Old Course and his lifelong love of links golf, which has inspired his design for Heritage Golf Club.

“My forearms looked a bit like Paul Casey’s,” he joked, referring to his closest competitor, nicknamed ‘Popeye’ because of the size of his forearms. 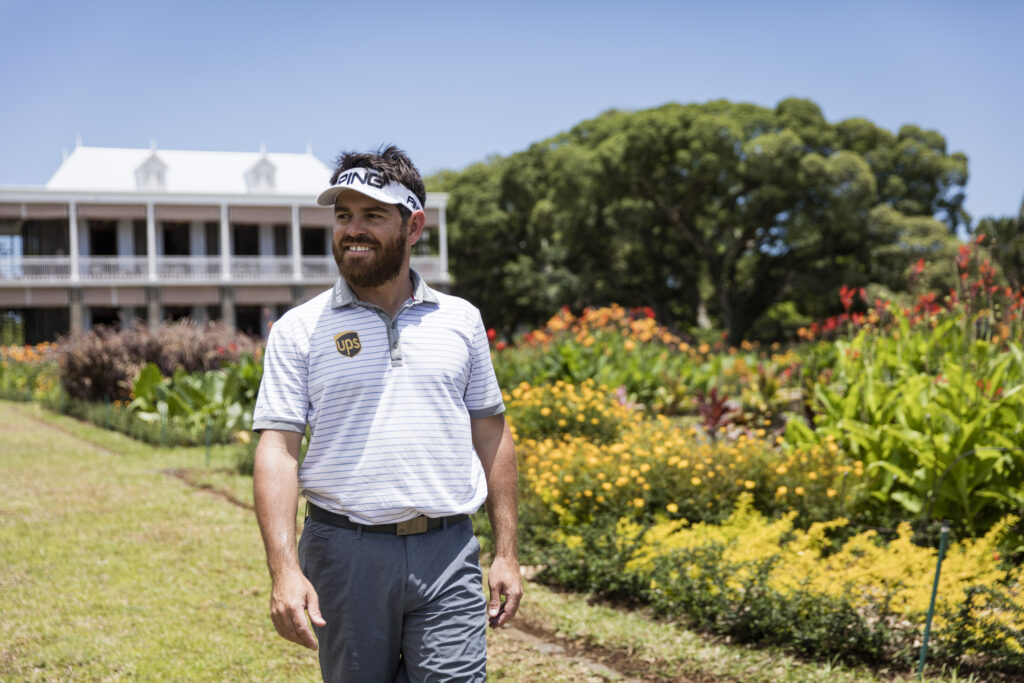 The final day in 2010 was no laughing matter, however.

Louis battled it out with Casey, one of Europe’s 2006 Ryder Cup heroes and a prolific winner over the past two decades.

Louis maintained his 54-hole four-shot lead until the 11th hole. Then, on the 12th, Casey plummeted out of sight with a triple bogey.

Louis’ birdie took him eight shots clear, but not until he had driven safely over St Andrews’ famous Swilcan Burn to the 18th fairway would he allow himself to celebrate an eventual seven-shot triumph.

“Obviously your mind is going, thinking about your speech. But one thing I learned in this game, you’re certain when the last putt goes in.”

The 15-time major champion and two-time Open winner at St Andrews shares Louis’ view: lifting the Claret Jug is special. Doing so at The Old Course and the Home of Golf is even more memorable.

“It’s just the way everything happens. It’s a nice feeling playing it, and you’ve got to work your way around the course. I like that type of golf.”

The Old Course will never lose its mystique. Golf has been played there since the early 15th century and even now it provides a challenge for the game’s best.

In the absence of wind and rain, the old links’ primary defence is its enormous putting surfaces, including seven double greens.

And if you stray from the fairways, beware the Old Course’s 112 sand traps, all rich in history and some so deep you might never escape.

St Andrews could be described as the home of the pot bunker, for example the famous hazard on the iconic 17th ‘Road Hole’.

Japan’s Tsuneyuki ‘Tommy’ Nakajima putted into the Road bunker when in the lead of the 1978 Open, and took four shots to get out.

In 2000, David Duval carded an eight including a penalty drop in the devilish bunker.

In 1995, 18-time major champion Jack Nicklaus found out exactly why the enormous 300m2 trap on the 14th is called ‘Hell’, the American racking up a 10 on the par-five.

It can be challenging, but links golf is pure golf.

Louis was asked repeatedly in 2010 – and also in 2015 when St Andrews last hosted the Open – why he adores links golf.

“It was a windy place. So I like playing in wind,” Louis said.

Louis missed the cut at the 2010 US Open – at west coast course Pebble Beach – but gained confidence playing in blustery conditions.

Then in 2015, thanks to a spectacular back nine on Sunday where he carded six birdies in his closing seven holes, he finished second at the US Open at Chambers Bay.

“The back nine to me was so much fun,” Louis said of the dramatic, moonlike layout south of Seattle. 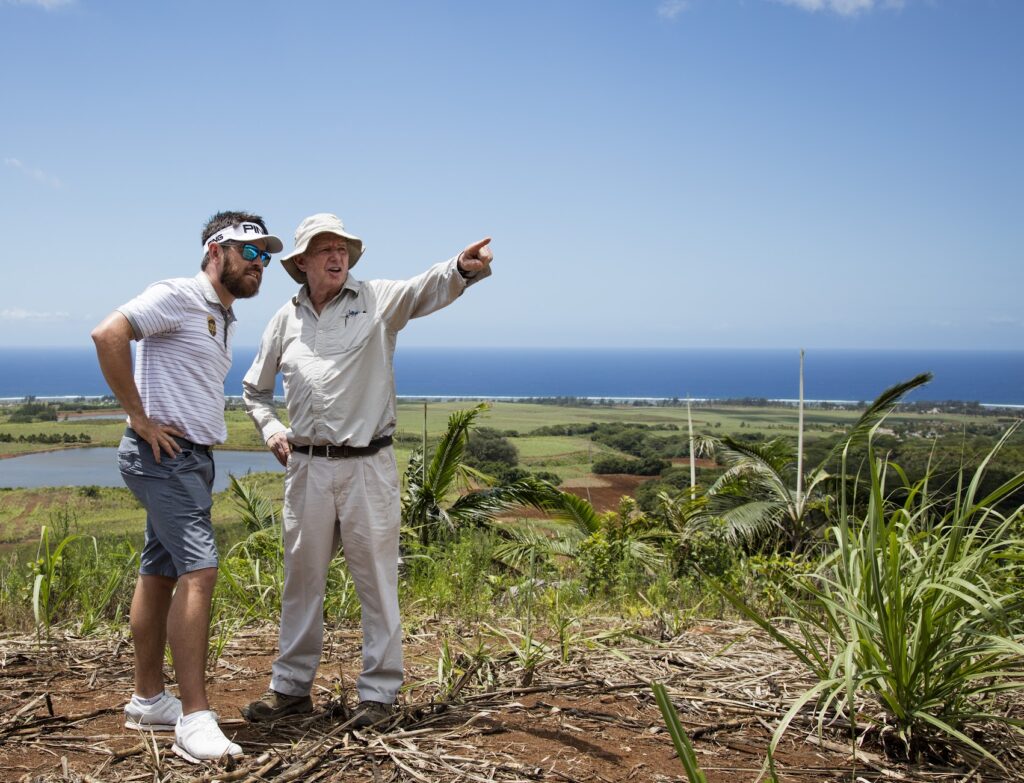 When he returned to St Andrews, he was immediately right at home.

“2010 was a type of golf that I embrace. At St Andrews you want to be on the course a lot rather than on the range.

“You find yourself in all kinds of different spots to see how you’re going to play the shots. There’s a lot of shot-making here, which is a lot of fun.”

Louis clearly thrives in a shot-maker’s paradise. In 2015 he lost the playoff to Zach Johnson and last year at Royal St George’s he held the 54-hole lead again at an Open.

It was only a matter of time before he would help craft a links masterpiece.

Treading lightly in an environment that runs alongside a UNESCO Biosphere Reserve has been crucial. Peter and Louis’ principled mantra is: “Nature shapes our design”. 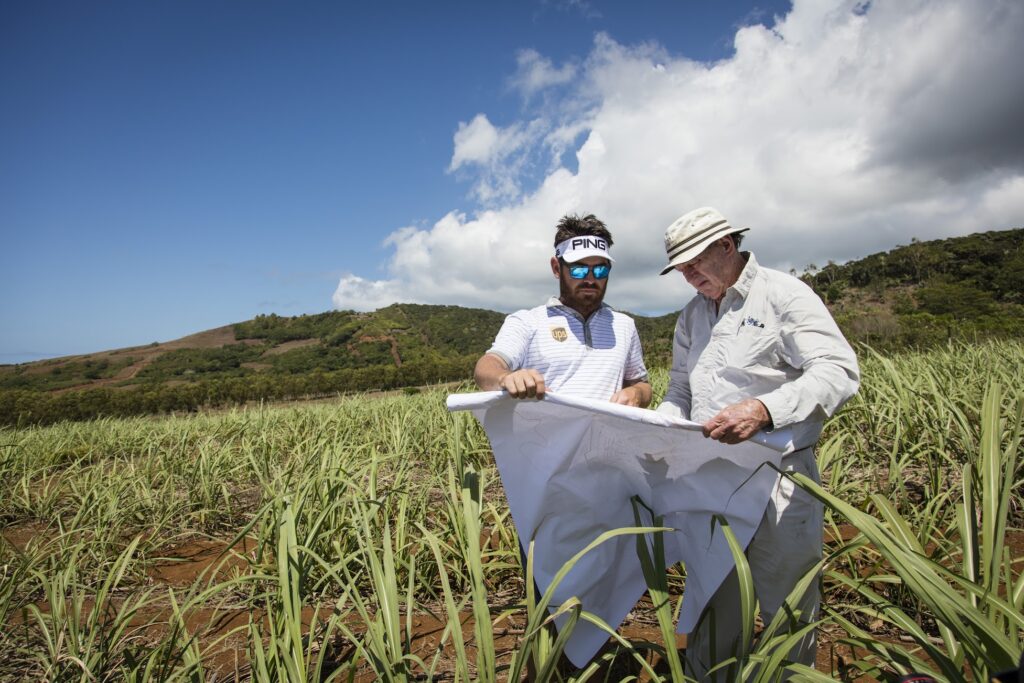 An experience of pure drama, this exhilarating new course offers far-reaching views over tropical bays, sandy beaches and the ocean.

But just like the old links of Scotland, this contemporary links is strategic, undulating, with an emphasis on playing the ball along the ground around the greens.

“Links golf is the purest form of golf, and this is what we have tried to capture at La Réserve,” says Louis.

“You have to be precise, plot your route and hit your shots solidly. And around the greens, you will need to be able to play the ball along the ground – good, old-fashioned chip and run shots.”

It is a course that is also unashamedly challenging.

“From the back tees, it’s certainly not for the faint-hearted,” says Louis. “But La Réserve Golf Links is an experience you’ll enjoy – and never forget.” 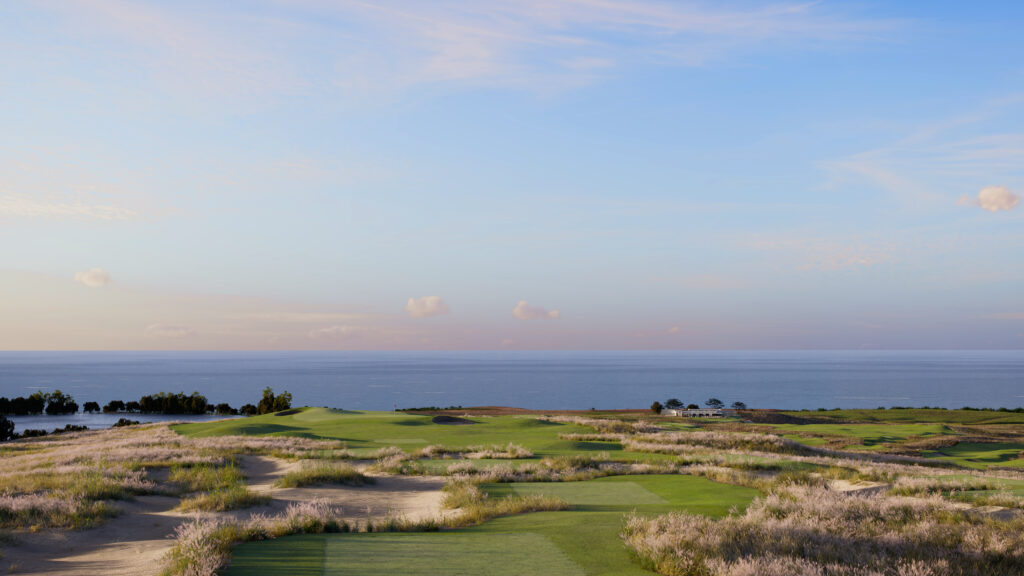 La Réserve Golf Links: A Course Like No Other

La Réserve Golf Links at Heritage Golf Club, Mauritius, is the first and only contemporary links in the Indian Ocean. The course was co-designed by... 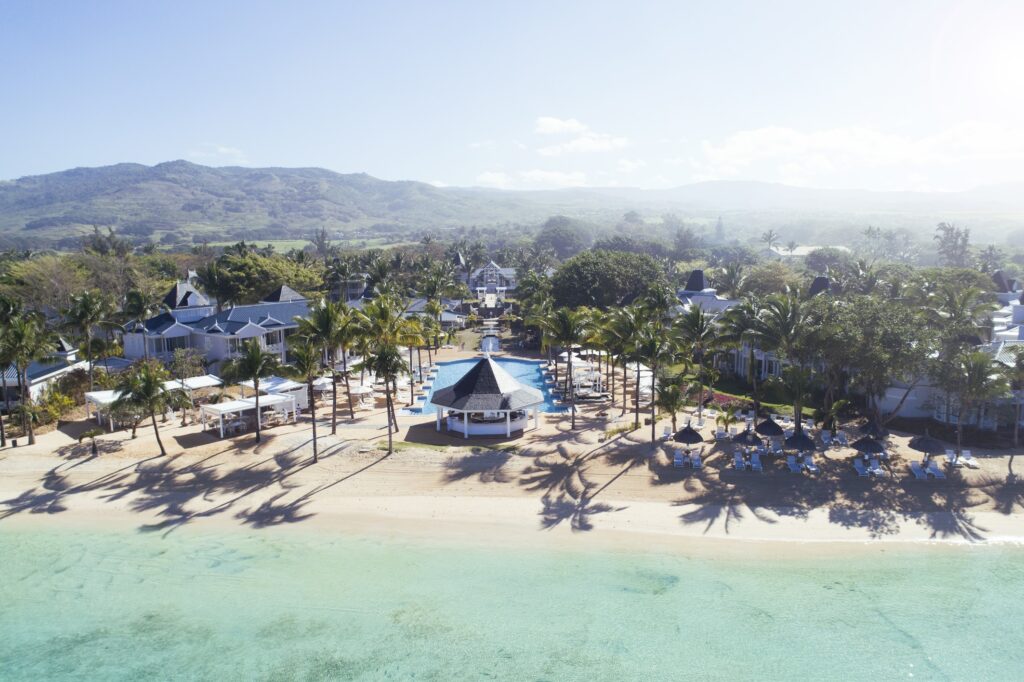 What La Reserve Golf Links means to me, by Louis Oosthuizen

Major champion Louis Oosthuizen is co-designer of La Reserve Golf Links, the Indian Ocean’s only contemporary links experience, scheduled to open next year. As the...